Each February, NBA stars come together from teams across the nation for a weekend of on-court fun, which includes celebrity games, Hall of Fame announcements, dunking challenges and three-point contests. The All-Star game is as much about style as it is skill, with both Lebron James and Steph Curry debuting their newest lines of sneakers on the court.

The 67th annual All-Star game was different in that, rather than dividing teams by east and west locations, team captains Steph and Lebron selected their own lineups.

Since it was such an exciting matchup, we decided to showcase some of the jerseys and shoes that made appearances on the court and on the bench over the weekend. You can find our all-star selection in stores and online at Hibbett Sports. 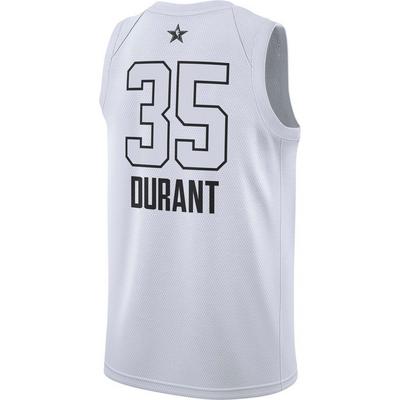 Get the star player’s look with the All-Star edition of Jordan Men’s K. Durant Golden State Warriors Jersey. Inspired by his 2018 All-Star uniform, you can show your Durant pride with the white-on-white Swingman jersey featuring a simple white logo and No. 35 on the back. And when you download the NikeConnect app, simply tap your smartphone to your NBA Connect Jersey’s tag. You’ll get exclusive offers and next-level access to your favorite athletes and the game you love.

To emulate Harden’s on-court style, grab a pair of the adidas Harden Vol. 2 “Legend Ink/Mystery Ruby” Men’s Basketball shoes. The low-top shoe features a mesh-based upper with a toe fortified by additional stitching embedded into the shell. The heel of the sole traction wraps upward for incredible moves and added stability. 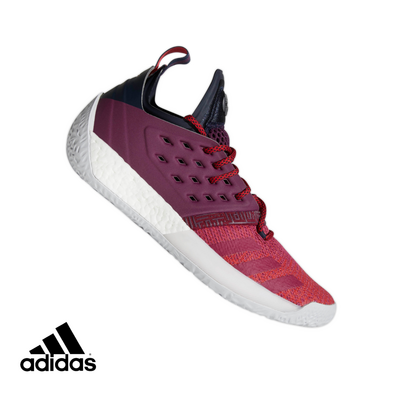 Bring the same intensity to your game as the 6-foot, 3-inch point guard for the OKC Thunder. Like Harden’s jersey, the black-on-black Oklahoma City Thunder All-Star Edition Jersey offers Dri-FIT technology and lightweight double-knit mesh so you can keep your cool in the heat of the game.

Get in those quick cuts with a pair of Men’s PG 2 All-Star Shoe— Paul George’s second signature model. Flywire cable loops anchor a forefoot strap to ensure a dynamic, locked-down feel. The Zoom Air unit and sockliner give the wearer a low-profile, responsive design.

Find the look and feel of Kemba Walker’s Air Jordan Retro 10 “I’m Back” with this rendition of the Retro 10s in a gray colorway. The full-grain leather upper features reinforced eyestays. Phylon midsole with Air-Sole unit provides lightweight cushioning. On the bottom of the outsole you’ll find a colorful list of MJ’s (many) accomplishments.

Did you catch Kyrie Irving’s fierce moves and hot shoes on the court? You can bring the same psychedelic style with the Men's Kyrie 4 All-Star Shoe. Supercharged with Zoom Air cushioning in the heel, its outsole curves up the sides for smooth transitions, while zigzag-shaped articulation enhances flexibility and court feel. 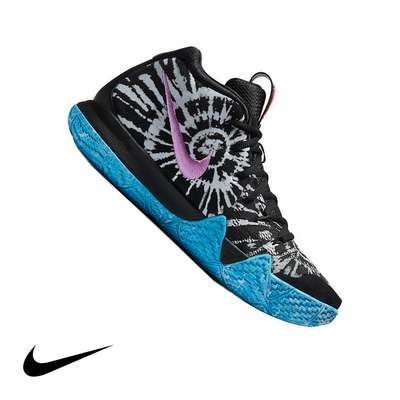 Drummond may have sported the red and black colorway on the court, but this pair of Jordan 32 Low Men’s Basketball Shoes offers the same technology and vibe in University Blue. The colors are an homage to MJ’s college basketball career with Flyknit construction, FlightSpeed technology, Zoom Air units and premium materials take any player well into the future.

For the hottest All-Star gear, limited-release shoes and jerseys, and any b-ball accessories or equipment, visit us in stores or online, and we’ll hook you up.

Return Online or In-store at Over 1000 locations